Possession of marijuana
in Virginia 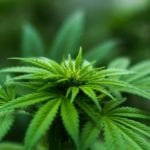 The new Virginia marijuana laws go into effect July 1, 2020, and they drastically change the way simple possession of marijuana is charged and punished. But there is a lot of confusion and uncertainty about what the news laws actually say, or what they mean for those who were charged before July 1, 2020. Keep reading to learn more about these new marijuana laws, and how they might affect you and your case.

However, it is also still illegal to sell marijuana, or to possess marijuana with the intent to sell it. If you are caught possessing an ounce of marijuana or less, it is presumed under the new amendment to Va. Code § 18.2-248.1 that you are possessing marijuana for personal use. This makes it harder for the prosecution to prove that you possessed with the intent to sell, but it is still possible for you to be charged with a crime (jailable misdemeanor or felony), even if you are possession a relatively small amount.

Can a police officer still search my car if they smell marijuana?

Since marijuana possession is still illegal, police officers can still perform searches based on probable cause when they detect an odor of marijuana. Most often, this results in a search of your car or your person. Anything the officers discover they can confiscate, but if only a small amount of marijuana is found and there is no evidence you were selling it, you will only be given a summons with your trial date. However, if the officers have evidence to form probable cause that you possessed with the intent to sell marijuana, no matter the amount, you will be charged with Possession with the Intent to Distribute, and likely arrested.

What happens at my trial for simple possession of marijuana?

At trial for simple possession of marijuana, the new law requires that the prosecution still must prove its case beyond a reasonable doubt, even though the charge is considered a civil offense. This means you are still entitled to put on a full defense at trial, and you are still authorized to appeal your case to the circuit court should you be found guilty in the district court.

Can I get a Dismissal with the First Offender Program?

If you are found guilty of simple possession of marijuana, there is no longer a way for you to enter into a first offender program under Va. Code § 18.2-251 in exchange for a dismissal of the charge. However, Va. Code § 19.2-389.3 prevents the fact that you were charged or convicted for simple possession from being public information. Additionally, employers (private or government), academic institutions, etc., will not be able to require you to divulge whether you were ever charged or convicted of simple possession of marijuana (otherwise they are subject to a Class 1 Misdemeanor!).

But understandably, many are worried that a conviction, even for a civil offense, will affect their jobs, careers, or educations. Because the laws are still so new, there is a lot of confusion about how they will be applied. If you are worried that a marijuana conviction might affect your job, it may be a good idea for you to consult a criminal defense attorney to discuss your options, and how to properly defend your case.

What if I was charged with simple possession of marijuana before July 1, 2020?

If you were charged with simple possession of marijuana under Va. Code § 18.2-250.1 before the new laws go into effect July 1, 2020, your situation is a lot more unclear. Many jurisdictions and prosecutors are approaching these cases more leniently given the new changes to the law, but technically those charged with simple possession before July 1, 2020 could be found guilty of a criminal misdemeanor and given jail time and a six month license suspension.  If you were charged before July 1, 2020, it would be a good idea to consult an attorney about your options going forward. A Virginia criminal defense attorney can help guide you through the process, so that you are not taken advantage of once the new law goes into effect.

If you have been charged with possession of marijuana in Virginia Beach or the greater Hampton Roads area, please give us a call today at 757-932-0464 or use our website to schedule a free consultation below.