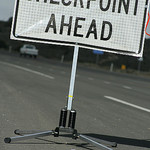 If you were stopped at a traffic checkpoint and charged with a crime, it is important that your defense attorney make the Commonwealth prove its case. Any evidence which was seized in violation of the Fourth Amendment needs to be suppressed. There are common defects in DUI checkpoints, such as problems in the roadblock plan or overflow plan.

The Fourth Amendment protects us from unreasonable search and seizure. Mr. Justice Jackson explains that:

“These [Fourth Amendment rights], I protest, are not mere second-class rights but belong in the catalog of indispensable freedoms. Among deprivations of rights, none is so effective in cowing a population, crushing the spirit of the individual and putting terror in every heart. Uncontrolled search and seizure is one of the first and most effective weapons in the arsenal of every arbitrary government.” – Justice Jackson in his dissent in Brinegar v. United States, 338 U.S. 160 (1949).

Unfortunately, I find that the courts today are more comfortable with roadblocks than I am as a traffic defense attorney. Still, Virginia courts recognize that it is unconstitutional to run roadblocks that give the officers in the field discretion. The issue is the potential abuse of power and the Commonwealth needs to prove that a roadblock was constitutional.

“To ensure that an individual’s expectation of privacy is not subjected to arbitrary invasion solely at the unfettered discretion of police officers in the field, seizures at roadblocks must be carried out pursuant to plans embodying explicit, neutral limitations on the conduct of the individual officer.” Hall v. Commonwealth, 12 Va. App. 972, 973, 406 S.E.2d 674, 675 (1991).

The roadblock administrator needs to be able to explain to the court how they decide to stop vehicles. Police can not simply stop your vehicle because of your race. Another area to investigate are traffic overflow plans. What happens when the traffic is backed up too much? There needs to be objective criteria for when traffic flushes will occur and when they will stop. Otherwise, an officer can arbitrarily decide to start and stop the checkpoint based on his own wishes.

The burden rests with the Commonwealth to prove the constitutionality of a roadblock. Traffic defense attorneys need to hold the line and demand that this burden be met, otherwise their client needs to be found “not guilty”.

END_OF_DOCUMENT_TOKEN_TO_BE_REPLACED

Starting July 1, 2020, Virginia will allow deferred dispositions for those diagnosed with autism spectrum disorder or an intellectual disability if it is shown by clear and convincing evidence this caused the criminal conduct.Virginia will soon allow deferred...