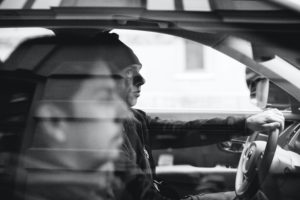 Photo by Kristian Gonzalez on Unsplash

A charge for Aggressive Driving in Virginia falls under Va. Code §  46.2-868.1. Aggressive driving can be charged as a Class 1 or Class 2 Misdemeanor, depending on whether the officer believes the offense was committed “with the intent to injure another person.” This means that a judge’s punishment could include a potential fine of up to $1,000 (if a class 2) or $2,500 (if class 1) and a potential jail sentence of up to 6 months (if class 2) or 12 months (if class 1). The offense carries four DMV demerit points and stays on a driving record for five years.

As you can see, an Aggressive Driving charge can be more tricky for the Commonwealth to prove than a standard reckless driving charge. The Commonwealth must prove beyond a reasonable doubt that not only were you committing one of 12 different types of offenses, but that you also were a hazard to another person or that you had the specific intent to “harass, intimidate, injure or obstruct another person.” This type of specific intent can be difficult to establish, but is usually proven by evidence of statements that were made to the police officer or another driver. Specific intent can be inferred by a judge based on the testimony before him.

Defenses to the aggressive driving charge can include arguing that the required specific intent was not proven beyond a reasonable doubt by the Commonwealth, that you were not a hazard to another person, or that you did violate any of the other 12 statutes referenced in Va. Code §  46.2-868.1.

Even if the facts do not look favorable for you, it may still be possible to convince a judge that you deserve a dismissal or amendment to a less serious charge. In such a case, we may suggest offering mitigating evidence to the judge in the form of completion of driving school, aggressive driving school, proof of a good record, community service, and more. What we recommend to our client depends on the facts and circumstances of each case, since every case is different and unique.