What would you do if you were wrongfully stopped by a police officer and charged with a jailable offense when you were actually doing nothing wrong? This happened to my client on July 5, 2020 on his way to the midnight shift at Norfolk Naval Base on I-564. Keith was driving to his work shift but was not in a rush. As a military service member for 18 years, he had it ingrained from military training to arrive early and be ahead.

Keith was stopped by a Norfolk police officer shortly after 11:00 p.m. and his life was interrupted. Thankfully the officer didn’t arrest Keith on the spot and take him to jail. Instead, Keith was summoned to appear in Norfolk General District Court and charged with going 116 mph in a 55 mph zone! In Virginia, it is not uncommon for judges to give jail time for defendants charged with reckless driving by speed, especially at higher speeds. What would the military do with Keith if he was found guilty and sent to jail? Would he be kicked out of the military prior to reaching his 20 year mark?

Keith was adamant about his innocence both at the scene with the officer and when he retold his story to me at my law office. In court I’ve seen how the judges give preference to the police officer’s testimony over my client’s testimony. Would the judge believe us or would he simply side with the officer? Thankfully, Keith had dash cam footage for us to use and review. This video was key to us establishing his innocence. Without this dash cam footage, we would have had an uphill battle.

Our office analyzed the dash cam video and it was clear from the video that the officer made a mistake. We did the math to determine Keith’s speed using distance and time. Keith averaged 63 mph when he passed the officer on the side of the road. 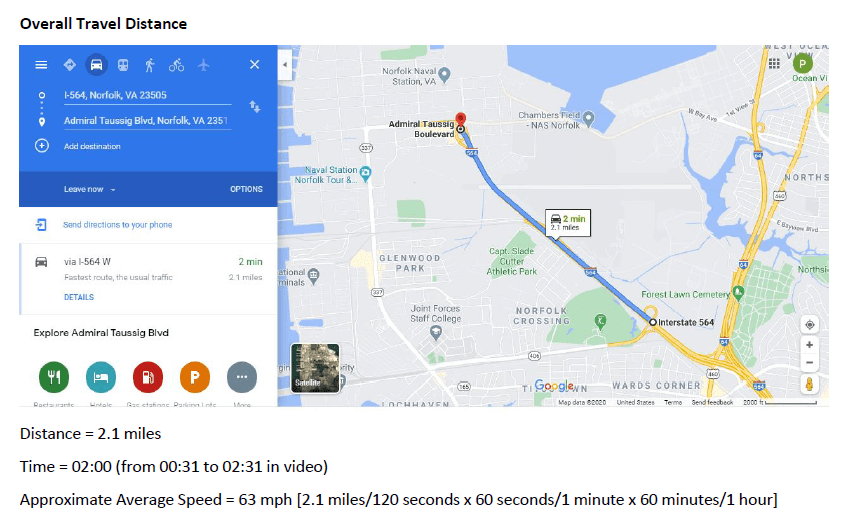 The dash cam video shows another vehicle zoom past Keith’s vehicle on his passenger side, shortly before Keith was stopped. 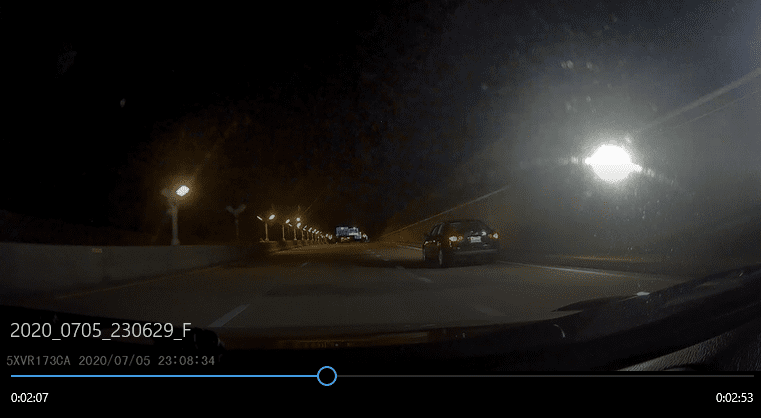 That vehicle passes Keith on the passenger side rather quickly and then cuts in front of him before braking.

Moments later, the officer gets behind Keith to pull him over and the vehicle that had cut Keith off actually pulls over on the shoulder as well, probably thinking the officer was coming for him, before taking off when he realizes the officer was not stopping him! 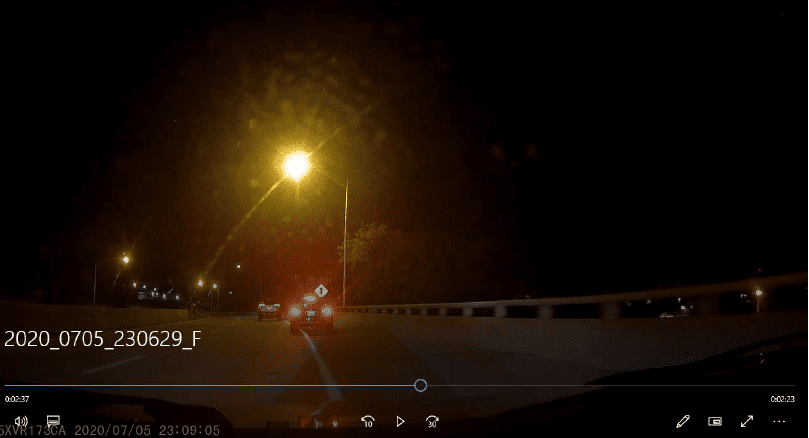 We were ready to plead not guilty and cross examine the officer in court.

“Officer, did you ever lose visual on the vehicle?”

“Officer, did you see another vehicle cut in front of my client? Why not?”

“Officer, did you see that same vehicle pull over on the shoulder in front of my client when my client pulled over?”

“Officer, did my client deny speeding to you?”

“Officer, after Keith denied speeding, do you remember going to the front of his vehicle and looking at the vehicle with a puzzled look?” 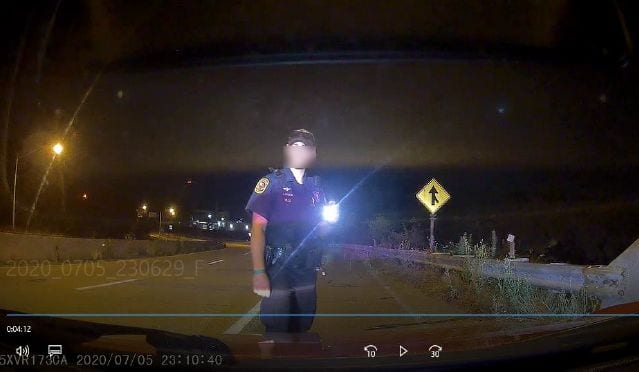 In cross examination, we would plant seeds of doubt in the judge’s mind. But we really don’t care how the officer answers our particular questions. If his memory was poor, even better. The real kicker would be playing our dash cam video for the judge to view and then showing him our 10 page document of our speed analysis for the entire video clip if the judge wasn’t convinced by seeing the video.

On January 27th, I arrived in court in Norfolk General District Court ready for battle and pulled the charging officer aside to chat. I told him that he charged the wrong person and asked if he would drop the charge. He wanted to see the dash cam video we had before making a decision. My client and I were willing to show the officer our video evidence ahead of the trial if the officer was willing to be reasonable. After viewing the video, the officer understood that he had made a mistake. He went and found my client who was sitting with his commanding officer in the hallway. The officer told Keith he had made a mistake and would be dropping the charge. The officer then went into court with us and asked the judge to dismiss the charge. 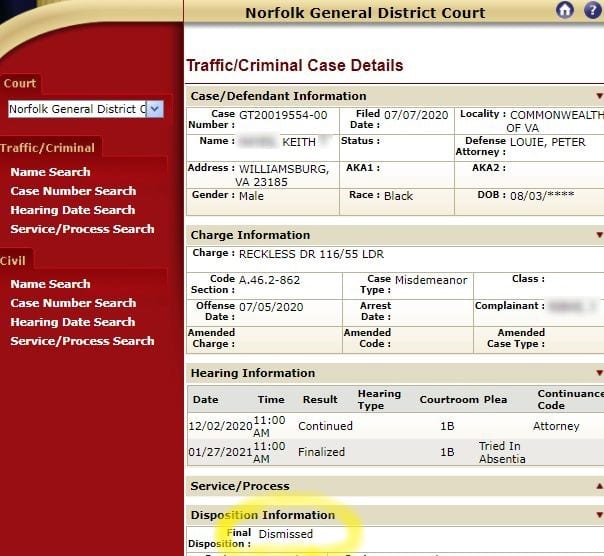 Situations like this remind me why it’s imperative to have a dash cam in your vehicle. It’s also important for everyone (judges and police officers included!) to realize that officers can and do make mistakes. They are human too. An officer’s confidence in his version of the story should not be interpreted as veracity.

At the end of the day, I was glad for my client’s huge win and the opportunity to see the officer and my client made amends before leaving court. Most officers generally want to do the right thing when confronted with the truth.

As a criminal defense law firm, we aren’t afraid to take cases to trial in an adversarial system. However, it is often better to win with sugar than with fire because there is no telling what a judge will do.

Congratulations Keith on clearing your name. It was our pleasure to fight for you! 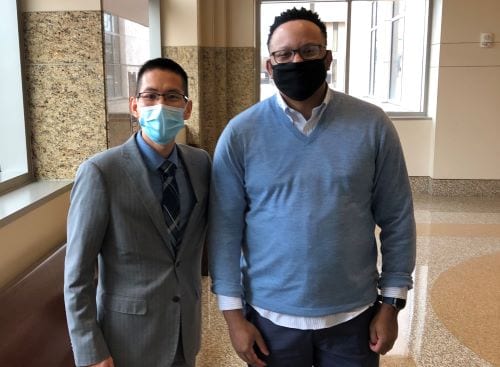 If you are interested in a Dash Cam, you can get 10% off any order from RexingUSA.com with Coupon Code: PETERLOUIE

I particularly like the Rexing V1P Pro which includes front and rear cameras. This Rexing model has inbuilt GPS technology to record your speed and location. 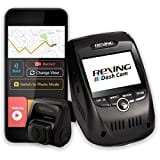