What is the Likelihood of Jail Time for Reckless Driving in Virginia? 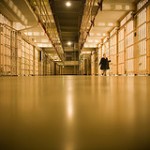 For reckless driving by speed, the likelihood of a jail sentence depends on the facts of your case: like the speed alleged, the posted speed limit, your past driving record, and the particular judge you appear in front of. The Virginia Code allows for a sentence of up to a year in jail.

It is not uncommon for judges in the General District Courts of Virginia Beach and Newport News to give jail time for those charged with reckless driving by speed when the driver is going 30 mph or more above the speed limit. If I had to generalize, I would say that these two courts are among the stricter of those in the Hampton Roads area when compared to the General District Courts of Chesapeake, Hampton, and Norfolk. The judge in Northampton and Accomack typically considers jail above 90 mph in a 55 mph zone.

For any particular case, the speed for which jail time is assessed may not be so clean cut. A judge has considerable discretion to determine when jail time is appropriate. The judge you appear before may have a standard in his or her head for when it is appropriate to order jail time. One judge may give a driver a day in jail for each mile over 90 mph. Another judge may do something totally different. I have seen judges give jail time for less than 90 mph because the defendant had a bad driving record. Some judges will order jail time but suspend the jail sentence conditioned on 6 months of good behavior. Some jurisdictions allow weekend jail time.

It is important for you to put your best foot forward and be seen in the best light in front of the judge. An attorney can review your driving record with you and counsel you on whether to get your car calibrated or go to driving school. Doing community service before court can also help in some jurisdictions. Hiring an attorney well ahead of your court date will give you the best opportunity to be ready for court.