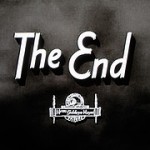 Legal terminology needs to be precise. I prefer to get my client’s charge dismissed, instead of getting the charge null prossed.  What is the difference?

How does this apply in a typical traffic defense case? I had a client whose driver’s license was stolen. As a victim of identity theft, he was surprised when he received mailers from traffic defense attorneys stating that they were willing to help defend him on his numerous traffic violation charges. When I ended up representing this victim of identity theft, the Virginia Beach police officer suggested that we null prosse the case, but I asked him to agree to have the charges dismissed since this would bring finality for my client. When the police officer understood the legal difference he had no problem with it.

Sometimes a null prosse is the best I can hope for. The reality is, charges that are null prossed are hardly ever brought back. I had a client charged with Driving without a License under Va. Code § 46.2-300, in Norfolk. This charge is often referred to as NOL, for No Operator’s License. He was able to get his license instated before his court date. We wanted to avoid getting a criminal misdemeanor charge. In Norfolk Circuit Court the Assistant Commonwealth Attorney was willing to null pross the No Operator’s License charge to help us out. Virginia has a statute of limitations for misdemeanors. The general rule for Virginia is codified in Va. Code § 19.2-8, and for most misdemeanors such as reckless driving or driving without a license, the statute of limitations is 1 year from the date of the offense. For my client, this meant half a year more of waiting before he would be in the clear.