What is Improper Driving? 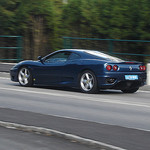 If you were charged with reckless driving in Virginia, I may be able to get your charge reduced to improper driving. Improper driving is defined in the code under Virginia Code § 46.2-869.

Compared to reckless driving, which means 6 demerit points for 11 years on your driving record, improper driving is only 3 demerit points for 3 years and is a traffic infraction, not a criminal misdemeanor charge. For most of my clients, their goal is to avoid a criminal misdemeanor conviction, so being convicted of improper driving instead is a good result.

Improper driving is a form of judicial relief where the judge or commonwealth attorney (prosecutor) determines that the “degree of culpability is slight” and shows mercy. Law enforcement officers do not charge drivers with improper driving. If my client is charged with reckless driving by speed and the judge gives us the option of getting the charge reduced to either speeding or improper driving, my client has a decision to make.  Here are the pros and cons of each:

I try to go for a dismissal of a reckless driving charge if the facts warrant it. But for those charged with reckless driving, either alternative disposition (improper driving or simple speeding), would be a much better result, allowing the driver to avoid a criminal misdemeanor conviction in the same category of offenses as a DUI.

DISCLAIMER – EACH CASE IS UNIQUE AND CASE RESULTS DEPEND ON YOUR INDIVIDUAL SITUATION. CASE RESULTS DO NOT GUARANTEE OR PREDICT A SIMILAR RESULT IN ANY FUTURE CASE UNDERTAKEN BY THE LAWYER. Below we feature a sampling of case results for February and March of 2020. We...