Medical Emergency as a Defense to Reckless Driving 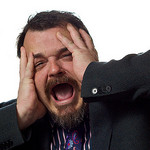 I represented a driver charged with reckless driving after he passed out from syncope (fainting) and drove his car into a tree.  The medics arrived and noticed that he had low blood pressure and was dehydrated.  In cases where there is a sudden illness or sudden medical emergency, such as a heart attack, fainting, or blacking out, where the driver had no warning of what was about to happen, defense attorneys should argue for the case to be dismissed.  I was glad to get a dismissal for my client.

The case law is different though where the driver fell asleep and should have known better than to over exert himself.  For example, a driver should know better than to drive if he hasn’t slept in days.  Still, in cases where a driver fell asleep and caused an accident, there may be mitigating factors that the judge should hear about, such as a sleep disorder or a hard day at work.  A judge may be willing to find a driver guilty of improper driving, rather than reckless driving, if his culpability is not as great.

Please don’t wait until the last moment to hire an attorney.  If you are charged with reckless driving for failure to maintain control of your vehicle and had a medical emergency, it may be advisable for you to get medical tests done before your court date so that your attorney can explain to the judge what caused the accident and make the best argument for you at your trial.

Reckless Driving for Failure to Yield Right of Way

Virginia makes it a reckless driving offense for failing to yield the right of way. Most of the time that we see this type of reckless driving charge it is because an accident occurred. Specifically, Virginia Code § 46.2-863 states: A person shall be guilty of...

END_OF_DOCUMENT_TOKEN_TO_BE_REPLACED

Why I Enjoy Being a Criminal Defense Attorney

When I first started doing criminal defense work a decade ago, family and friends would wonder how I could with a clear conscience defend guilty people. How is that standing up for justice? Although I do defend some guilty people, I would rephrase the question to,...

END_OF_DOCUMENT_TOKEN_TO_BE_REPLACED

DISCLAIMER – EACH CASE IS UNIQUE AND CASE RESULTS DEPEND ON YOUR INDIVIDUAL SITUATION. CASE RESULTS DO NOT GUARANTEE OR PREDICT A SIMILAR RESULT IN ANY FUTURE CASE UNDERTAKEN BY THE LAWYER. Below we feature a sampling of case results for January and February of 2021....