Fighting a No Operator’s Insurance Charge 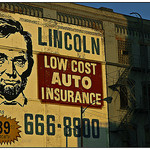 Virginia Code § 46.2-707 regulates the operation of uninsured motor vehicles. Under this code section, a conviction would mean a class 3 misdemeanor on your record. You may be surprised that the Commonwealth has to prove at least two things under that code section in order to find the driver guilty. First, the prosecution need to prove that you have not purchased insurance. Second, they must prove that you have not paid to the Commissioner the uninsured motor vehicle fee required by § 46.2-706. The burden of proof should be on the prosecution to prove both of these things beyond a reasonable doubt.

If the prosecution fails to prove these two elements, an attorney should make a motion to strike the charge and fight to get a no operator’s insurance charge dismissed. For example, if the police officer testifies that the driver admitted he did not have insurance, the commonwealth still has not proven its case if the officer doesn’t prove that the driver did not pay the uninsured motor vehicle fee. A motion to strike should be made when the Commonwealth has rested its case.

This is one of those details of traffic law in Virginia that can mean the difference between a finding of guilt or innocence.