Can I Get a DUI without Driving? 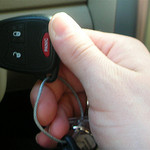 Yes, as strange as it sounds, you can get a DUI without the police or law enforcement officer having observed you driving your vehicle. In Enriquez v. Commonwealth, decided in 2012, the Virginia Supreme Court determined what constitutes operating a motor vehicle as a matter of law. The court ruled that having keys in the ignition of a parked car is enough to put an individual in “actual physical control” of a vehicle and affirmed the lower court’s drunk driving conviction.

“From the foregoing, we establish the rule that when an intoxicated person is seated behind the steering wheel of a motor vehicle on a public highway and the key is in the ignition switch, he is in actual physical control of the vehicle and, therefore, is guilty of operating the vehicle while under the influence of alcohol within the meaning of Code § 18.2-266,” wrote Senior Justice Harry L. Carrico.

This means that drivers in Virginia can get a drunk driving conviction with no driving necessary. This is very strict indeed. So if your friend passes out drunk, don’t put him in his vehicle with the keys in the vehicle’s ignition.

It will be interesting to see how the courts handle cases with vehicles with keyless ignitions, such as the Toyota Prius. Knowing Virginia, it would probably be best to avoid being drunk in a Prius with the keyless remote anywhere close to you, since the Courts have a strange idea of what constitutes control of a vehicle.