How My Client Avoided a DUI conviction with a .14 BAC (Under the 3 Hour Rule) 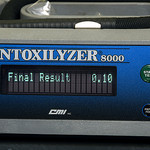 Virginia’s implied consent law (Virginia Code § 18.2-268.2) requires that all drivers agree to take a blood or breath test if they are arrested within three hours of an alleged offense. But without knowing when the accident occurred, the officer’s recitation of the implied consent law to my client led him to the incorrect belief that he had to submit to the test, even though there was no evidence establishing that the implied consent law even applied. Therefore, my client’s breath results needed to be excluded from evidence.

Here you can see that Virginia’s DUI law can get quite technical. The prosecution needs to prove my client’s guilt beyond a reasonable doubt and the 3 hour rule built into Virginia’s Implied Consent Law serves the purpose of making sure blood alcohol content evidence is accurate and relevant.

Without the breath analysis certificate evidence, the judge decided it would be unfair to convict my client of a DUI and gave him a reckless driving conviction instead. I was glad we were able to get this great outcome!  I also look forward to battling the reckless driving charge for my client in the Circuit Court! (It was a good case to appeal because there was no observable driving behavior and the fact that an accident occurred does not mean my client was driving recklessly.)