What Constitutes “Operating” a Vehicle for DUI/DWI in Virginia? 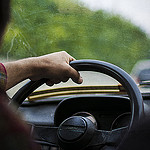 Virginia Code § 18.2-266 makes it unlawful for any person to “drive or operate any motor vehicle… while such person is under the influence of alcohol.” If you were charged with a DUI and were not driving at the time of your police encounter, it is very important to determine if the Commonwealth can prove that you were “operating” a motor vehicle.

In Enriquez v. Commonwealth, the Court of Appeals of Virginia explained that “operating” a motor vehicle means that you have actual physical control of the vehicle. The Court explained that it was making a rule that “when an intoxicated person is seated behind the steering wheel of a motor vehicle on a public highway and the key is in the ignition switch, he is in actual physical control of the vehicle and, therefore, is guilty of operating the vehicle while under the influence of alcohol within the meaning of Code § 18.2-266.“

As a traffic defense attorney, I find this rule over broad. Other states are not as strict. But in Virginia, even if you were sleeping in your car and did not drive your vehicle, you can be found guilty of a DUI! Your engine doesn’t even have to be on for you to be in violation of the law! You can still be convicted of a DUI.

If you were charged with DUI in Virginia, it is important to analyze the facts in your case to see if the Commonwealth can prove beyond a reasonable doubt that you were operating or driving a motor vehicle.  If the Commonwealth can not prove its case, you should be found not guilty. Each case has its own set of facts.

Please call 757-932-0464 for a free consultation regarding your traffic matter.