Undoing a Conviction of Reckless Driving: Appeal or Reopen a Case 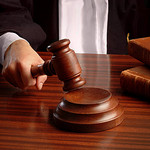 If you are convicted of reckless driving in the General District Court, you have ten calendar days from your conviction date to note an appeal. It does not matter if you missed your hearing and were tried in your absence or if you appeared with or without counsel at the General District Court.  You still have a right to appeal. If you appeal your conviction on time, your case will be reheard in the Circuit Court, where you will get a trial ‘de novo.’  This means you will get a brand new trial in front of a new judge, who will not care what happened in the lower court. A Circuit Court will not consider an appeal if it is filed after the 10 calendar day window. But if you file within the 10 day window, your appeal will be granted as a matter of right. Before noting your appeal however, you should talk to a traffic defense attorney to make sure you understand the risks involved. It is possible that the new judge in Circuit Court will give you a harsher sentence than what you received in General District Court. So there may be risks in taking a second bite at the apple.

So in summary, a right of appeal or the motion to reopen option may be available to you if you were unhappy with the outcome of your General District Court trial. I would be glad to speak with you concerning the benefits of each option and the risks of having your case reheard. Don’t please wait until the last minute because you don’t want to miss your window of opportunity.