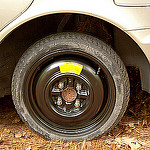 My client can plead guilty, not guilty, or no contest… the choice is up to my client, but pleading not guilty may cause the officer to present the “ugly” details of a defendant’s case to the judge, who otherwise might not hear all the details. On the other hand, pleading guilty would be unwise if there is a deficiency in the prosecution’s evidence and we can get a charge dismissed on that ground. That is why I always try to dialogue with police officers or troopers before we approach the bench to see if their evidence meets the burden of proof, proof beyond a reasonable doubt for each and every element of the crime charged.

Recently in Virginia Beach General District Court, I saw an attorney fail at the presentation of his client’s case. For some reason he made known to the judge that his client, charged with reckless driving by speed, was driving his car with two donuts (the small spare tire people use when they have a flat), even though the police officer made no mention of that in the presentation of his evidence. The judge then stated that this was even more egregious since donuts are meant for low speeds and convicted the defendant of reckless driving.

This same attorney then proceeded to argue with the judge about the outcome of the case. The judge told the attorney that if he didn’t stop arguing he would hold him in contempt of court. It was quite entertaining. That attorney turned around and kept muttering under his breath as he walked out of the court room. He must not be concerned about his reputation or appearing before this judge on behalf of a future client. Frankly, the best option for this defendant is to appeal his case. And while his chances of winning are better on appeal, I would recommend that he get a new attorney.