Here are a few of our reckless driving dismissals and notable mentions from the first two weeks of January 2018.  Note: the courts in this area were closed Jan 1-2 (holidays), Jan 4-8 (snow days), and Jan 12 (holiday).  The cases featured below are from courts in Hampton, Newport News, Norfolk, Northampton, and Virginia Beach. 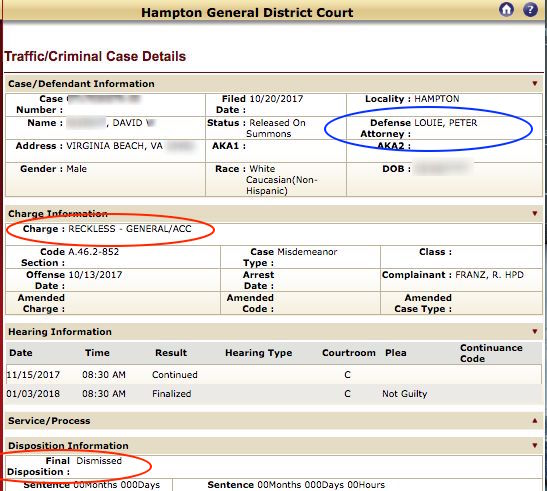 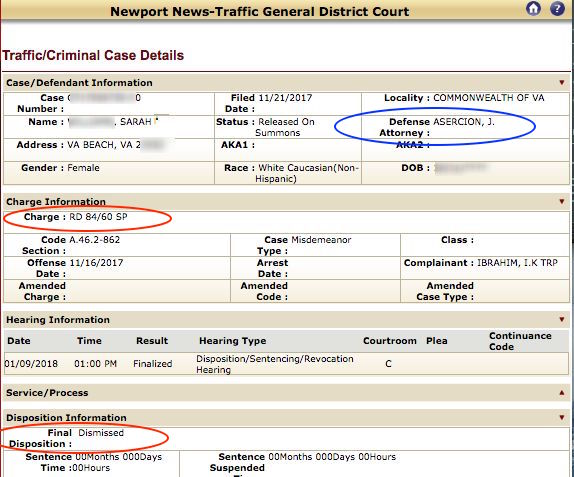 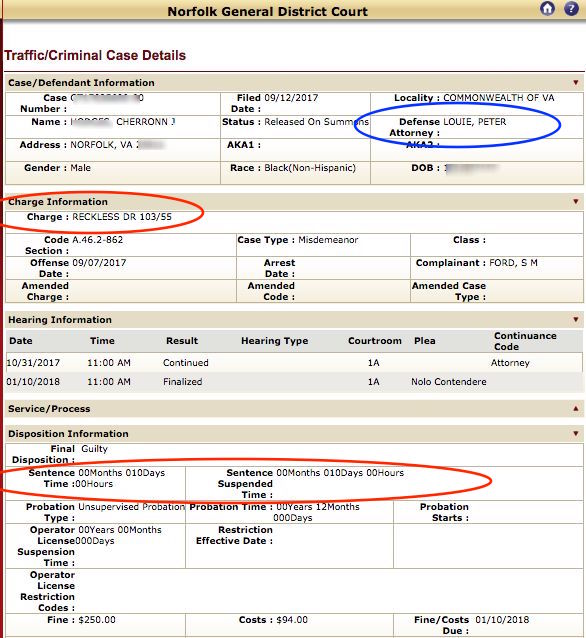 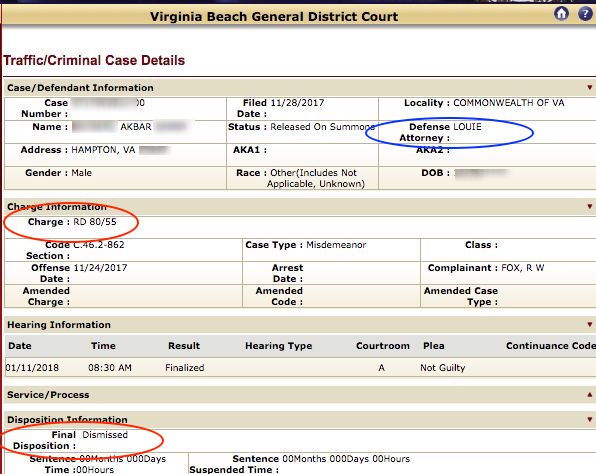 Below is a screen shot for another individual who hired a different attorney (who shall remain nameless), but that attorney missed the error that I found, even though the same laser equipment was used, so his client ended up with a speeding ticket on her record and a fine with court costs. 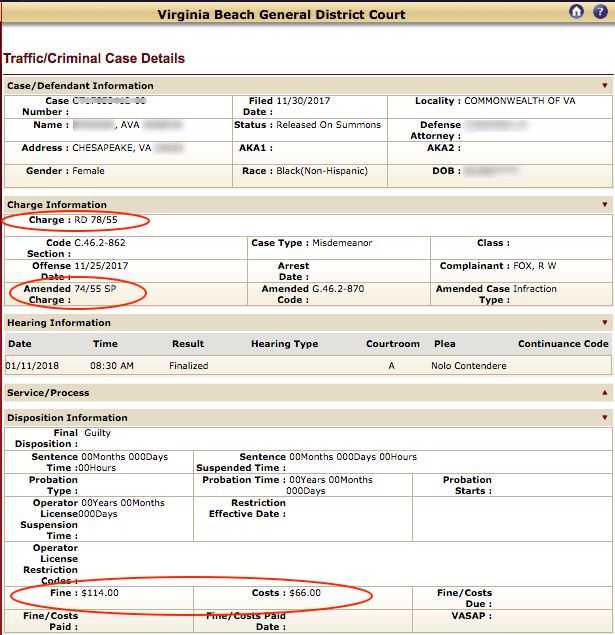 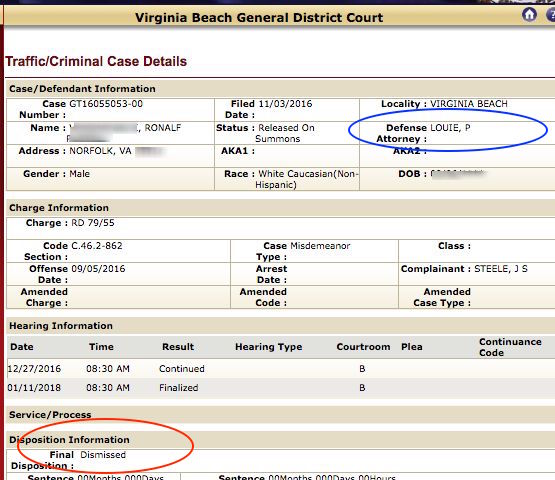 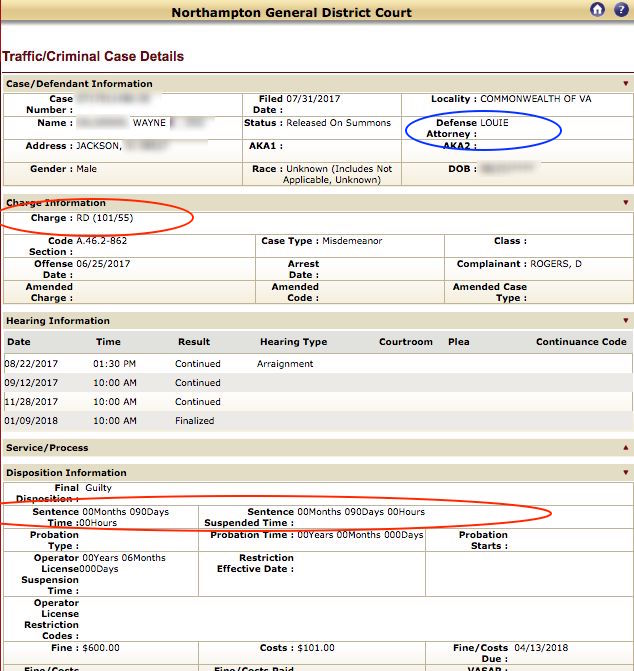 Brother David’s case is featured here (He got the same favorable disposition): 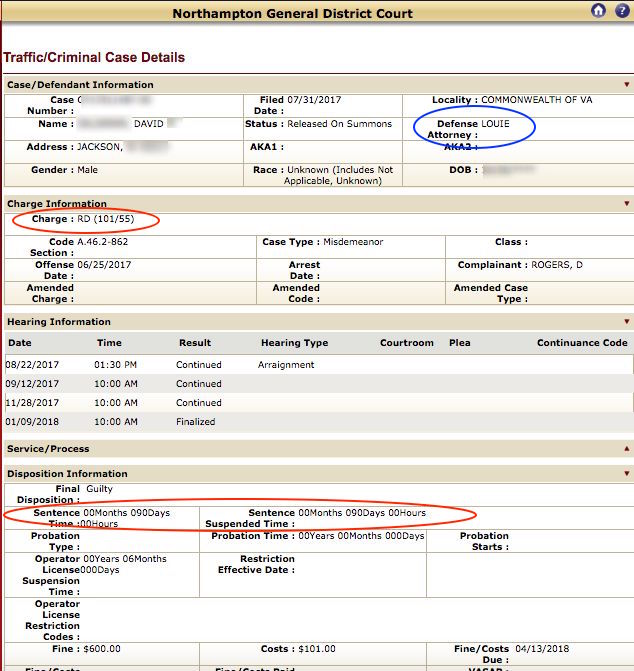