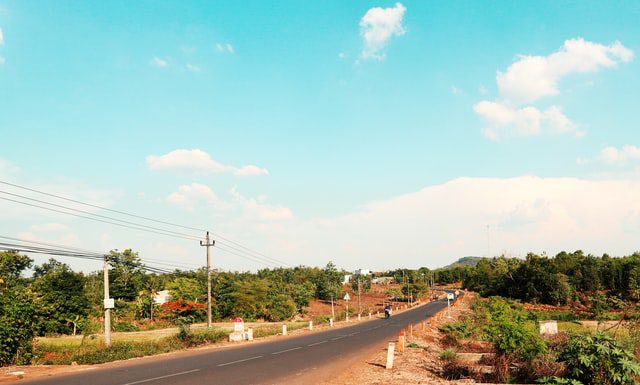 Photo by Anh Vy on Unsplash

(Previously Attorney Louie discussed that just because an accident happened, that should not automatically mean that the driver involved was driving recklessly. Here, Attorney Carroll discusses the mens rea required for reckless driving generally in Virginia.)

Cady v. Commonwealth, (Va. Ct. App. Aug. 11, 2020) is a recent Virginia Court of Appeals decision that may provide much more guidance to those charged with Reckless Driving in Virginia. The case was decided by the Court of Appeals on August 11, 2020, and the published opinion contains some great language for Virginia traffic defense attorneys with regards to what level of mens rea, or intent, is required to prove a reckless driving case in a Virginia General District Court.

The facts introduced at trial were quite tragic. On November 1, 2018, Mark Cady was driving his car to work in Fauquier County. The weather was clear, and it was established that there were no obstructions to Cady’s view of the road in front of him. A motorcyclist was stopped in front of Cady, and was preparing to make a left turn. Cady’s vehicle was traveling no more than 47 mph, which was only two miles faster than the 45-mph posted speed limit. Cady did not see the motorcycle stopped in the roadway, and his vehicle crashed into the stopped motorcycle. The crash killed the motorcyclist.

At trial it was shown that Cady had not been using his cell phone, and did not appear to be otherwise distracted. Cady had experienced a case of “situational blindness.” Basically, he could not “see” the motorcycle directly in front of him, because his brain was looking for car-shaped, not motorcycle-shaped objects.

As a result of the accident, Cady was charged with Reckless Driving under Virginia Code § 46.2-852, which defense attorneys know as “Reckless Driving Generally.” This statute makes it a Class 1 Misdemeanor to “drive a vehicle on any highway recklessly or at a speed or in a manner so as to endanger the life, limb, or property of any person.” After a trial in the Circuit Court of Fauquier County, the jury found Cady guilty of reckless driving as charged, and the judge sentenced him to three months in jail and a $2,500 fine. Cady appealed that decision to the Virginia Court of Appeals.

The Court of Appeals decided to reverse and dismiss Cady’s conviction for reckless driving because there was insufficient evidence produced at trial to prove beyond a reasonable doubt that Cady had driven his vehicle recklessly at the time of the accident.

In so deciding, the Court wrote the following:

“A criminal statute, such as Code § 46.2-852, ‘requires proof of a greater degree of negligence than is required in a civil action. ‘The negligence required … must be more than the lack of ordinary care and precaution. It must be something more than mere inadvertence or misadventure. It is a recklessness or indifference incompatible with a proper regard for human life.’” Mosby, 23 Va. App. At 59 (quoting Bell v. Commonwealth, 170 Va. 597, 611 (1938)).

Thus, conviction for reckless driving requires a mens rea of a knowing disregard of a danger to others and proceeding with indifference to that danger. The difference between the terms ‘recklessly’ and ‘negligently’ . . . is one of kind, rather than of degree. Each actor creates a risk of harm. The reckless actor is aware of the risk and disregards it; the negligent actor is not aware of the risk but should have been aware of it.”

It is worth noting that there are many different types of reckless driving statutes in Virginia (i.e., by speed; improper brakes; racing), and the Cady case dealt only with reckless driving generally under § 46.2-852. So, it is not entirely clear whether the Court intended the “negligence vs. recklessness” language to apply to other types of reckless driving as well. The savvy defense attorney will be able to find the similarities and distinguish where necessary – and will keep a copy of the opinion in his briefcase to educate the judge.

If you have been charged with Reckless Driving in one of the courts in Hampton Roads, or Virginia Beach, Virginia, this case may be helpful for you! It may be a good idea to contact a Virginia Traffic attorney here at our office today to discuss your case in further detail, since the facts and circumstances of every case are unique.